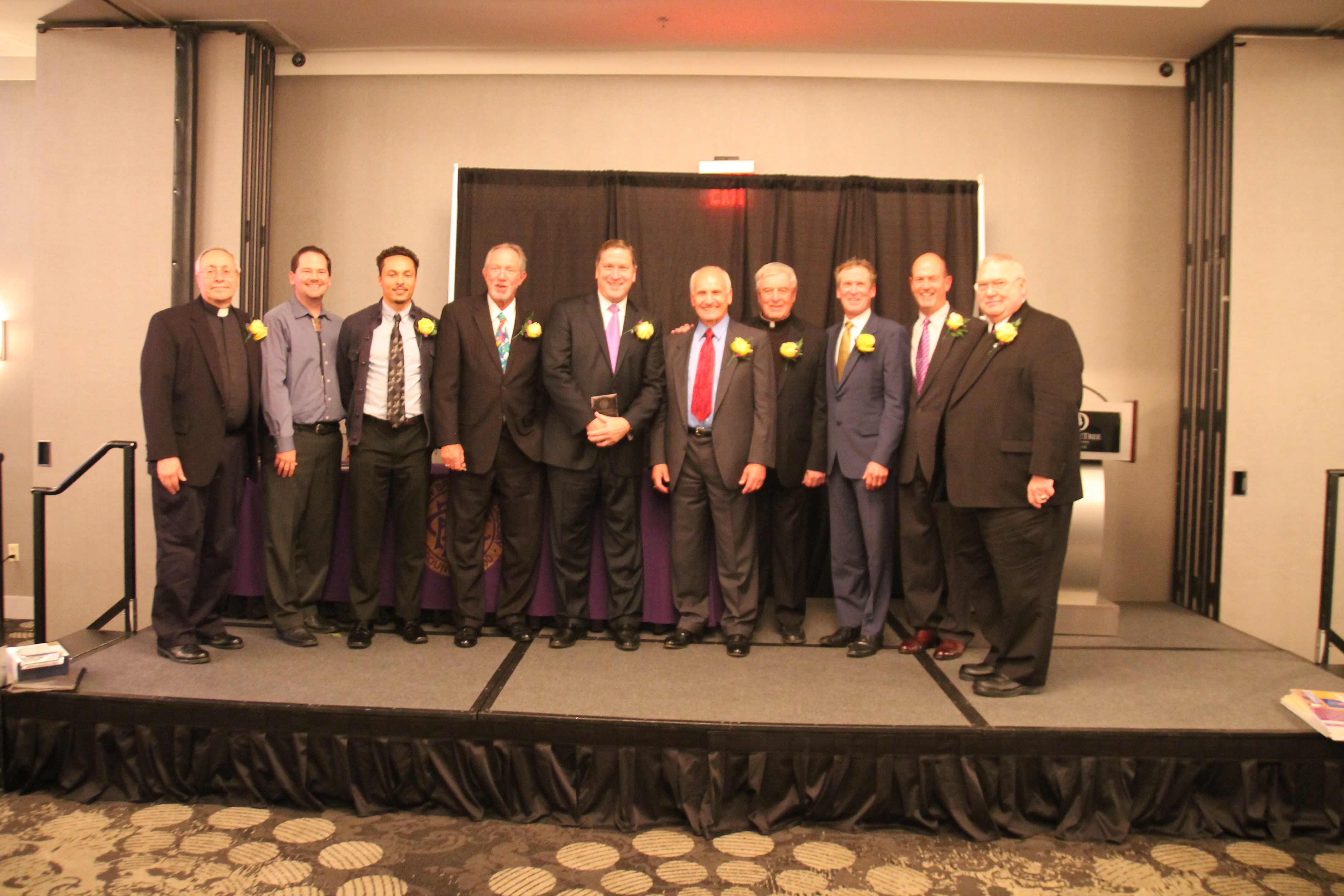 Over 200 family, friends and alumni attended the inaugural Christian Brothers Academy Distinguished Alumni Award Dinner and Ceremony on Nov. 2 at the DoubleTree Hotel on Carrier Circle as nine graduates of the school were honored.

The award recognizes CBA graduates who have made significant contributions to society; and whose accomplishments, affiliations and careers have honored the legacy of excellence at CBA.

“CBA has been blessed with many talented, successful and well-accomplished individuals and tonight’s honorees exemplify the ideals and values of the Lasallian tradition of CBA,” said Brother Joseph Jozwiak, FSC Principal.

This year’s recipients are:

Rev. James Mathews '54 (Syracuse, N.Y.)-Was the driving force behind the Near Westside Initiative; an advocate for the impoverished and marginalized in his neighborhood.

“In my current role with the U.S. Green Building Council, I have the occasion to attend many awards ceremonies. None have meant more to me than this one,” remarked S. Richard Fedrizzi. “I am reminded each and every day how lucky I am to have benefitted from the education and the foundation that CBA was able to give me in those critical years of my youth.”

The Distinguished Alumni Award will be presented bi-annually alternating with the Lasallian Athletic Hall of Fame Award.