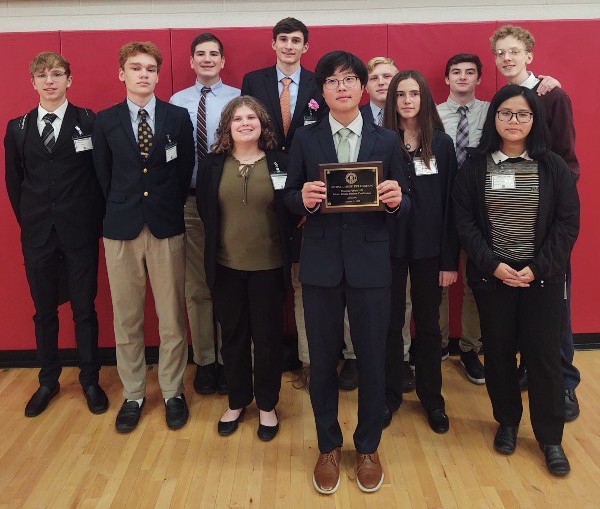 The Model UN team won the Distinguished Delegation Award, which goes to the school scoring the most points in their respective committees, at the MUN Conference hosted by Manlius Pebble Hill on Oct. 29.