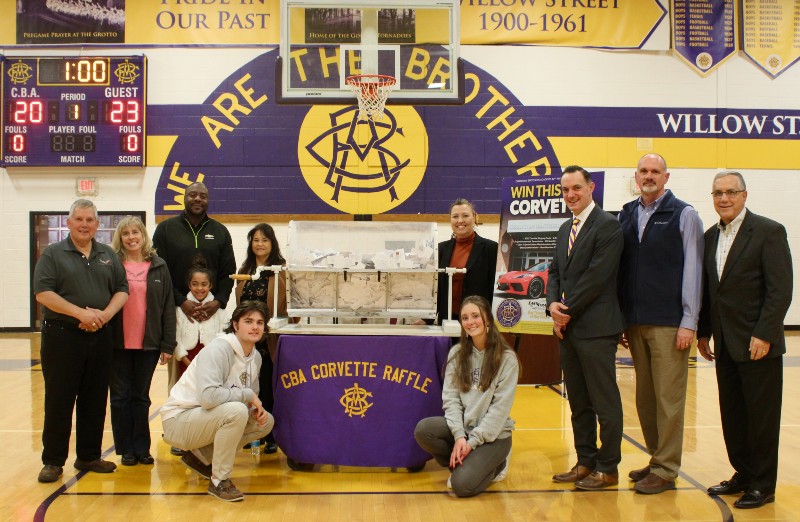 CBA is pleased to announce that David Murray of Skaneateles is the winner of the school’s 32nd Annual Corvette Raffle, sponsored by East Syracuse Chevrolet, a member of the West Herr Auto Group.

“Praise the Lord,” Murray responded when Keough called to tell him the good news. “Thank you for all you do for the school and the community,” he added.

Proceeds from the raffle help to benefit the Financial Aid and Scholarship programs at CBA.

“The corvette raffle is one of CBA’s major fundraising events and something our school community looks forward to each year,” Heidi Monsour, Director of Special Events and Programs at CBA said.  “It is a vital part of sustaining the outstanding programs and facilities we offer our students at CBA. We thank all of those who supported this year’s corvette raffle, especially our parent volunteers, and we congratulate David Murray this year’s winner.”