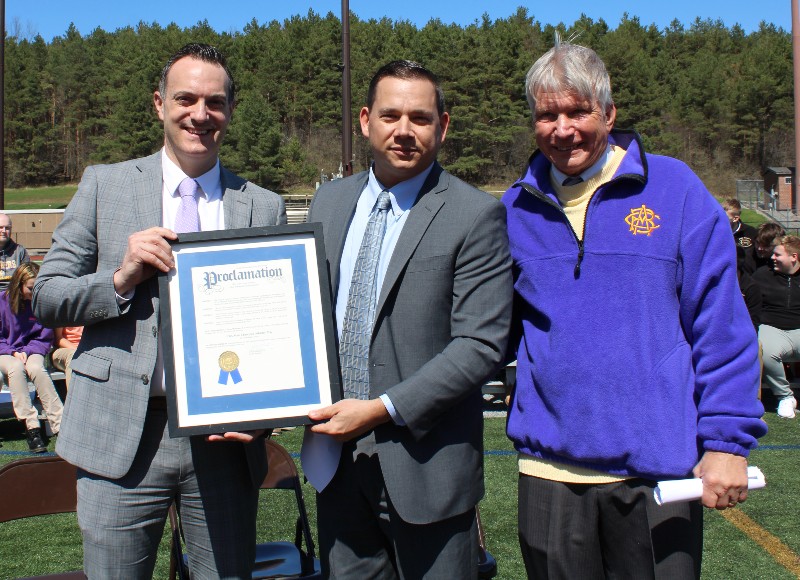 The entire CBA community gathered at Alibrandi Stadium on Wednesday, April 20 to celebrate the Class A State Champion Football team, Eliana Occhino, who was a member of the Section III bowling team that won the State Title in March, and several individual student-athletes who were State qualifiers in their respective sports.

Onondaga County Executive Ryan McMahon was in attendance to present a Proclamation and declare the day “CBA State Champion Athletes’ Day” in Onondaga County. New York State Senator John Mannion also attended, acknowledging the accomplishments of the athletes and applauding the student body for their impressive conduct and attention during the assembly. 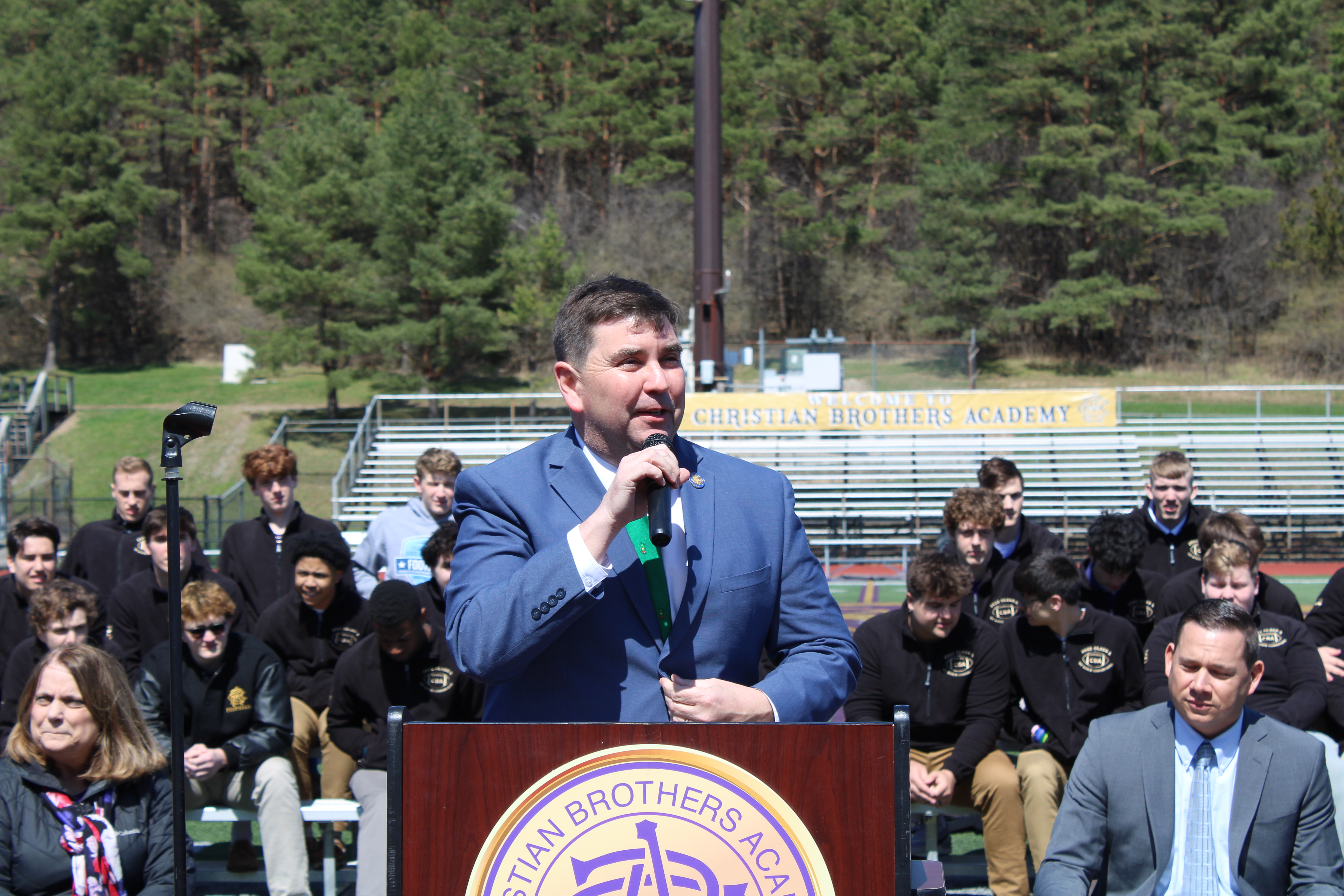 Also, during the assembly, the school was recognized for being one of four schools in Section III to earn the New York State Public High School Athletic Associations Scholar-Athlete Award of Excellence Award.  To earn this prestigious award, all 25 varsity teams must achieve a cumulative GPA of 90 percent or higher during their sports seasons.

Following the assembly, the football team was presented with their long-awaited championship rings. 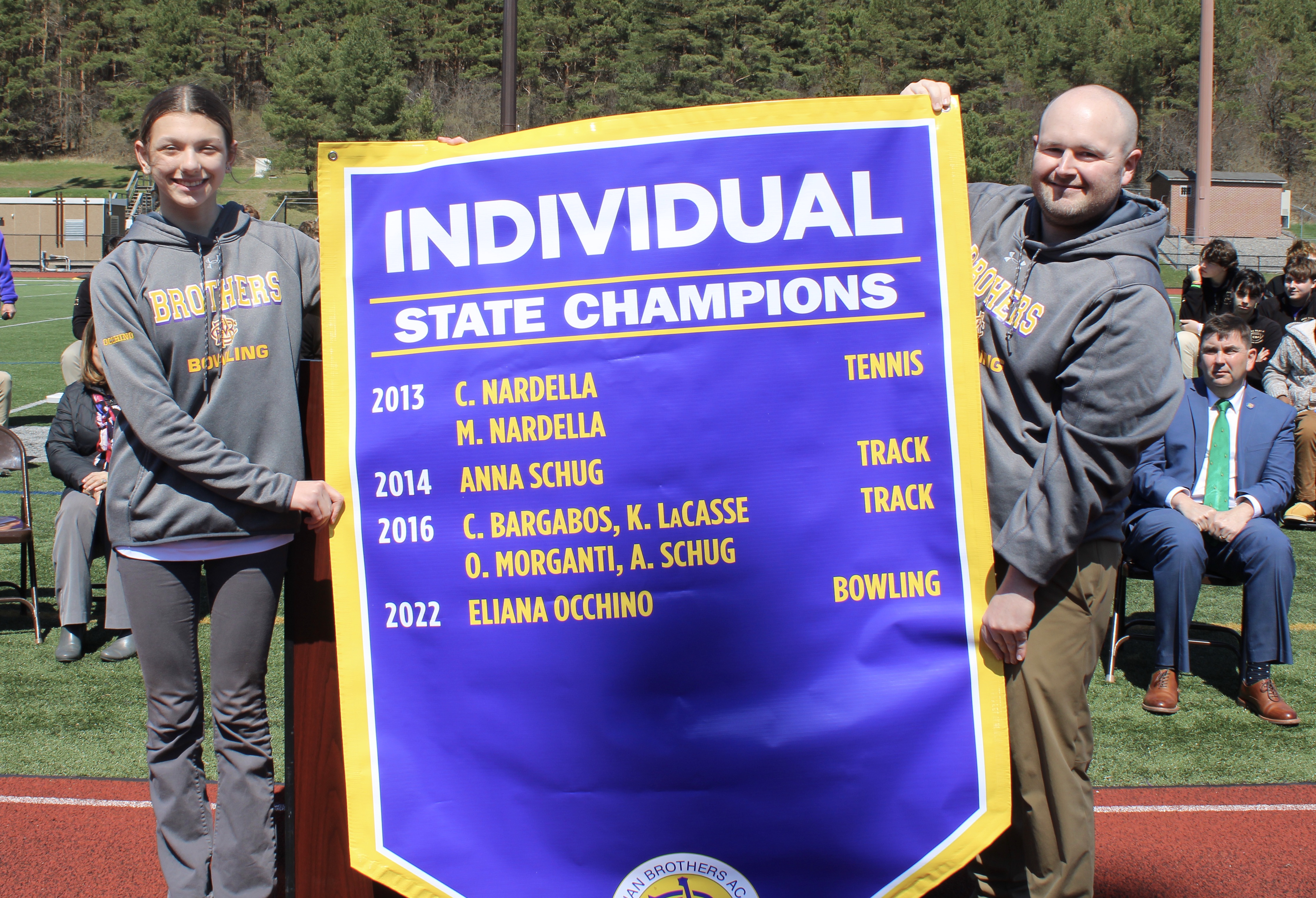