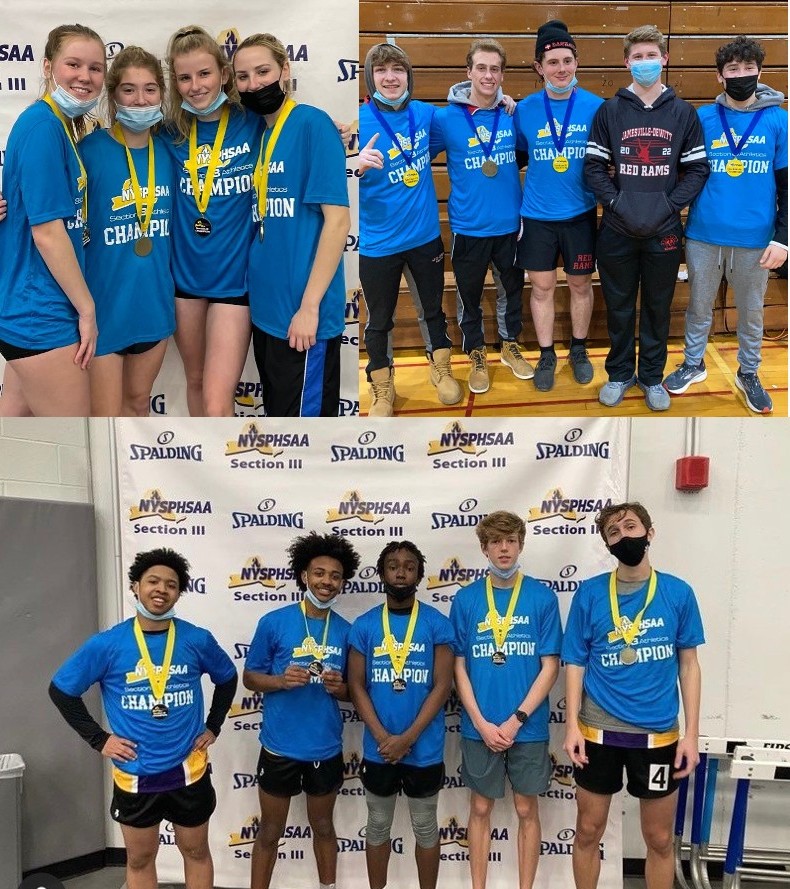 It was a championship Saturday for members of the boys and girls indoor track team and the wrestling team, all claiming Sectional banners on Feb. 5.

On the girls side, Bella Cannizzo was the 1,500 Sectional Title winner, and joined Abby Nash, Ally Roueche and Grace Fletcher in winning the 4 x 800-meter Sectional Championship.